Subversive art collective Breton will release their brilliantly inscrutable debut album ‘Other People’s Problems’ on 26th March 2012 on FatCat. As a bunch of film-makers who turned musicians in order to soundtrack their visual work, who emerged from the south London squat party scene and named themselves after the father of surrealism Andre Breton, their approach to creating this album was never going to be predictable. Nor is the end result. 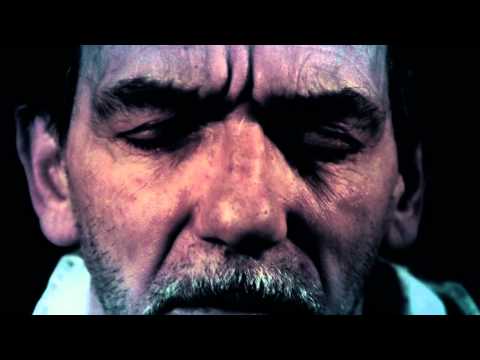 The album’s 11 tracks were fashioned from a field recording. Breton mastermind Roman Rappak obsessively records anything that attracts his attention – a building being demolished, a chance conversation, keys opening doors, the hypnotic motion of a New York subway car – and around these incidental sounds songs are created and a story is formed. His process of Automatic writing gives the songs their randomness and complex, dark layers of twisted beauty. Each listen divulges a little more – be it footsteps on a deserted hospital corridor, the ramblings of a beat poet on acid or the songs of prayer in a Belgian mosque.

It’s about randomness rather than traditional structure. Liberating the songs to take on a life of their own – Breton’s musical interpretation of the surrealist game “The Exquisite Corpse”.

“Other People’s Problems’” seditious sound was formulated at the band’s creative HQ The Lab, a disused bank in Kennington, south London. It’s here that this outfit live, rehearse, and make their music. It’s also where they create their films, videos and remixes with meticulous attention to detail under their cinematic wing BretonLABS.

The band then took their album from the dingy grey urban surrounds of the Lab and relocated to Iceland for a week to record it at Sigur Ros’ studio in Reykjavik, which added yet another dimension to its sound. The final task was the addition of brass and strings. Breton sent some basic parts to German composer and personal hero Hauschka in Berlin, who recorded them with an orchestra of violinists, cellists and trumpet players to create an incredible piece of music worthy of a film score. He sent back the parts to Breton who then chopped up and sampled them into select album tracks – so the classical was redefined. And with that the album finally reached the end of its own game of “The Exquisite Corpse”.