What’s the deal with Deer Tick?
I, John, have written the bulk of our songs. Lately, its been more of a band effort. Ian has contributed a few songs to our live show that we hope to record soon. Dennis is working on some songs that we’ll integrate into our catalogue, too. We’ve got three albums under our belt:War Elephant (2007), Born On Flag Day (2009), and The Black Dirt Sessions (2010). We also released an EP,More Fuel for the Fire, in 2009.

Basically we play all sorts of music and are heavily influenced by legend status songwriters and performers, like Tom Petty and Sammy Davis, Jr. We consider ourselves a rock n roll band. Our live shows sometimes tend to go a bit haywire. We like to put on memorable shows, the kind of shows that you don’t see very often. If you don’t want to get covered in beer or confetti at one of our shows, I’d suggest not standing up in the front.

We also like doing cover songs. Some songs, like “These Old Shoes”, are written by friends of ours (Chris Paddock); whereas other songs, like “La Bamba”, are traditional Mexican folk songs. We’ve covered a good number of songs from artists such as Hank Williams, John Prine, Nirvana, The Beatles, Michael Hurley, The Sex Pistols, The Replacements, Sean Kingston, The Shivers, Warren Zevon… I could go on for awhile, but I’d like to let you know that we’re working on a few new surprise covers that we’ll be pulling out this year.

I named the band Deer Tick after taking a hike in Indiana with my good friend Brendon Massei, who you may know as Viking Moses. I discovered a deer tick on my scalp later that evening. Surprisingly, growing up in Rhode Island and frequently going on camping and fishing trips as a youngster, I had managed to go 19 years of my life without ever getting a tick. Some folks have taken offense to the name, but its not like we’re advocates or parasitic arachnids, I just thought it sounded cool. I’d also like to note that I had never heard of Deerhoof or Deer Hunter until it was too late. Sorry guys.

We’ve played our asses off since the beginning and do not foresee slowing down anytime soon. Here’s a few folks we’ve had the privilege of sharing the stage with: Neko Case, The Felice Brothers, Nas, Jason Isbell and the 400 Unit, Jenny Lewis, J.D. Souther, Sharon Jones and The Dap Kings, Dead Confederate, A.A. Bondy, you get the picture. And this year we’ll be touring with such outstanding artists as Dr. Dog, Those Darlins, and Holy Sons. I’m sure there’s much more awesome stuff ahead this year than the four of us could imagine, and we’d like to thank our fans for their continued support. See you out on the road, Tickheads! 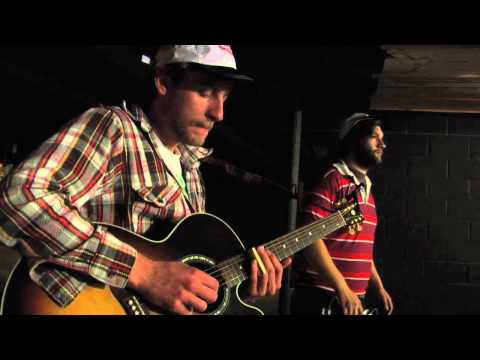