Almost unintelligible vocals slip beneath the waves of throbbing minimal rhythms while fuzz tone guitar and shrieking organ freak-outs jump to the foreground and draw you into their primal vortex. It’s not a sound that everyone will love, but one that resonates deeply with former (and present-day) heads and hippies.

When bandleader Ripley Johnson put the band together in 2003 he wasn’t interested in playing gigs or becoming famous. His original intention was to find a group of non-musicians and create music with them.

The idea was that untrained players would have a brand new outlook on what music is and bring something fresh to the table, perhaps a blend of the often noisy trance rock of the Velvet Underground and the frenetic mania of the one-hit wonder garage punks of the early ’60s.

Bassman Dusty Jermier, for example, was originally recruited to play sax, an instrument he’d never picked up before. Other members from that first incarnation often had such a lack of interest in playing live for people the band didn’t even bother looking for gigs.

Eventually, the band settled down to its current lineup: Dusty Jermier on trumpet and bass, the instrument he’s played all his life, drummer Omar Ahsanuddin, organ player Nash Whalen, and Johnson on guitar and vocals. They knew that what they were doing wasn’t going to be profitable, but Johnson was a big fan of impenetrable albums and arcane small-press poetry books. He was fascinated by the idea of books that went unread for decades and out of print albums that are finally rediscovered by collectors and praised for the lost gems that they are. With that in mind, the band set about to make purposely obscure records that Johnson envisioned leaving in libraries and thrift store bargain bins and on park benches. Their debut 10″ vinyl offering had three tunes: “Shrinking Moon for You” on the A-side and “Death’s Not Your Friend” and “Space Clothes,” an experiment in musique concrète, on the flip.

Eschewing a MySpace page or website with MP3 downloads, the band gave the entire pressing of 300 records away, even paying the shipping costs to requests from out of town. A few unexpected rave reviews, including one from Rolling Stone, raised the record’s cachet and the band’s profile.

The next project was “Dance, California” b/w “Clouds Over the Earthquake,” a single they released in 2006 to celebrate the centennial of the 1906 earthquake. The Shjips sold enough of them to break even and continue the buzz. They even created a video for “Dance, California” using public domain footage of various cityscapes and girls dancing under a strobe light at a ’60s party. Their third pre-album slab of vinyl was “Summer of Love 2007,” a tribute to all the people who worked to make the world the kind of place they wanted to live in, people like the Diggers, San Francisco’s anarchist collective that founded the first Free Store and served free meals in Golden Gate Park to all comers. The proceeds of the single went to Food Not Bombs, a group that continues the good work of the ’60s. They celebrated the release with a date opening for psychedelic legend Roky Erickson. It was their second real gig since starting the band.

Wooden Shjips recorded their self-titled first album between March and May of 2007. It was released on the small avant-garde Holy Mountain label and produced by Johnson and Jermier under their noms de production of Tedrick G. Rippy and Don Rifle. It was recorded in their rehearsal space on a half-inch eight-track consol that Jermier found, a strictly analogue project aiming at getting a high-quality recording on a low budget. In his day job, Jermier works as an engineer and he kept the old machine humming. Some tracks were layered up from demos Johnson brought in; others, including “Shine Like Suns,” were live studio jams with the drum parts added later, since they only had two tracks for the drums and no way to keep the instruments from bleeding into each other. Jermier mixed it in his bedroom. The album dropped in September of 2007, on CD and vinyl, of course, and earned the Shjips more rave reviews. Shortly thereafter, they cut another 7″ single, “Loose Lips” b/w “Start to Dreaming,” this time for the Sub Pop label.
-All Music Guide 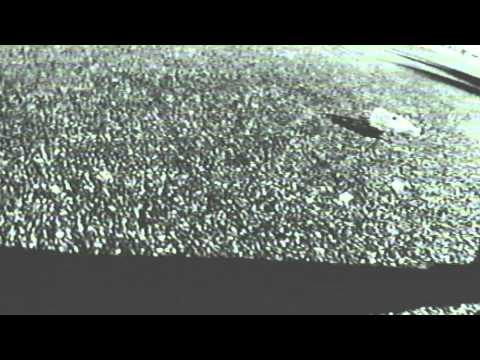