Bill Callahan and I have some things in common. Callaghan is a last name we shared, except he dropped the ‘G’ (it’s silent anyway, who needs it?) and I dropped the name completely. Alright, I know that’s tenuous and I’m pretty sure that Bill never had the ‘G’ in his name in the first place, but I needed to find some common ground here. Also I think at one point in our lives we’ve both found Joanna Newsom attractive, but I digress.

As it turns out, I really didn’t need to search for any common ground as it was presented to me before I even set foot in the Ritz that evening in the door staff at the Ritz informing me that at the artist’s request, the bars would be closed for the duration of the headline performance that evening. Oh, Bill – I love you already.

Before I had a chance to lay eyes upon the man who potentially ruined the evening of anyone who couldn’t nurse a beer for an hour, Alasdair Roberts had the unenviable task of warming up an ever-swelling crowd now hell-bent on rushing the bar and cramming in as much conversation as possible before the main event. Roberts, alone onstage performing Celtic folk songs as though he were a librarian at a riot struggled to be heard and his voice cracked a few times when he tried to grasp at the higher part of his range. Poor bastard was doomed from the start. 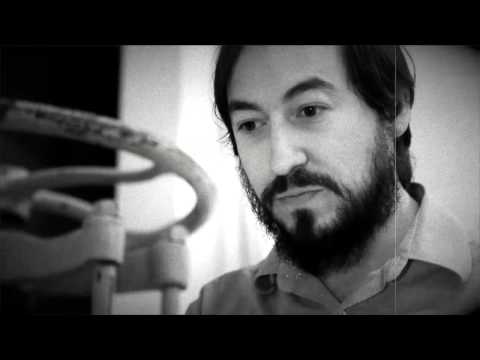 Onwards to Bill, whose thick-as-treacle, studio quality, baritone voice poured and oozed all over two hours of blissful Americana. The venue flooded with sonic caramel within the first utterance of the beginnings of a word. Speaking of sticky substances, a special mention at this point goes out to the young couple that spent a good portion of Bill’s set in each other’s embrace and invading my personal space like I was Poland in the 30s. Keep on keepin’ on, guys.

Callahan and his band played through the majority of his latest album ‘Dream River’ (although sadly no ‘Have Fun With God’ style dub versions), with a few smatterings from Apocalypse dotted here and there – all of course played with the fraught, western intensity of a rock n’ roll band creating wild electric translations of the works of Ennio Morricone.

The set highlight for probably everybody in the room, if the cheers were anything to go by, was Smog classic ‘Dress Sexy At My Funeral’ which was the only time in the whole set that Bill delved that far into his back catalogue. Some people might have felt a little cheapened by that, as two hours can be a long time to hear unfamiliar music for, but the charm of Bill Callahan is in making a seemingly alien landscape like the American west seem as familiar to you as your own home. Plus, that’s the most you’ll ever hear the word ‘river’ sang in one night at the Ritz.