So, you’ve got a load of archive footage which reveals the natural, emotive, and industrial power of the sea in British Coastal towns and you want to cut it all together to make a nice hour long documentary. Lovely. But there’s one problem, you need to find a narrator. Who you gonna call? David Dimbleby’s recent tattoo antics on a similar TV show has put his standing as a voice of prime­-time maritime gravitas into disrepute and the bloke from Coast is too busy washing his hair. So you think, to hell with a narrator! If only there was a band with some sort of nautically themed name who could make a soundtrack for the whole thing. A band with maybe the words ‘British’, ‘Sea’ and ‘Power’ in their name…

That’s the decision that documentary filmmaker Penny Woolcock made for her 2012 film, From the Sea to the Land Beyond, also, predictably, the title of Brighton based indie veterans’ soundtrack album released this week. The whole thing is set up to sail to the dreary, and dreaded Isles of Lazy and Obvious Soundtrack Artist Choice and Dull Artistry, where not much happens apart from there’s some cable­knit kinetoscope connoisseur who takes delight in subjecting you to reel after reel of wave after wave hitting the shore while he hums the same sombre tune in your ears. A sort of Ludovico technique for the constant sunset­over­the­ocean instagram offender if you will. After the first five minutes of just this from both documentary and soundtrack, it starts to feel like you’re in for an arduous ordeal. More eye­drops please.

But after a slow start it becomes apparent that there is nothing at all painfully wishy washy about From the Sea to the Land Beyond. What ensues on screen is a compelling narrative of real human drama in conjunction with the sea. From the comical sight of men partaking in a swimming race whilst wearing top hats, to the romance and grace of dancers by the shore, to the poignancy of soldiers sailing to and from the wars. Apart from being craftily arranged and beautifully edited, the film offers great historical and academic weight, glancing without judgement on issues of race, gender and class throughout the 20th century. All the while, British Sea Power’s accompanying score complements and heightens the drama, discreetly following the mood of what is happening on screen, and when called upon, it offers a firm nudge in the process of wordless storytelling. 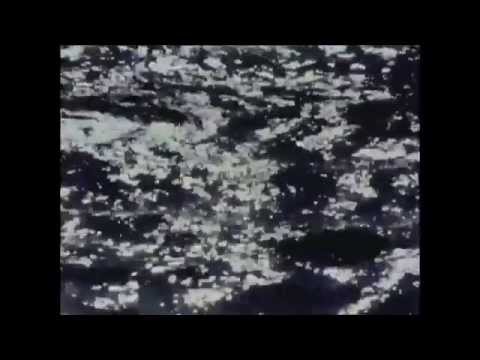 Little motifs are replicated in sporadic intervals throughout the album, dropped in between variations of cacophonous crescendo, melodic interlude and, every once in a while, a straight­up pop song replete with chorus and verse. Some songs bestow the fanfare sounds of seaside pomp with brass band in tow such as ‘Remarkable Diving Feat’, and others can shift from laid­back shimmer guitars and violin strings as on the holiday tune ‘Heatwave’, straight in to dystopic distortion on ‘Melancholy Of The Boot’ as the sun is shrouded in cloud and the ships are filled with soldiers and weapons. There is even a stripped down instrumental version of this year’s single ‘Machineries of Joy’ to be found on ‘Bonjour Copains’, which plays to the sight of the building of the Channel Tunnel.

If you were going to get lazy and poetic about it, then you might say that all tempo and volume swings of the album reflect the convulsive temperaments of an ever changing ocean and leave it at that. And in spite of myself, it kind of does that. But then again, doesn’t all post-­rock, cinematic music of this ilk do something along those lines? Build up a melody, big crescendo, bit of distortion, quiet strings or piano, repeat. Listened to independently from the documentary it gives backing track to, From The Sea To The Land Beyond is no more than this. Nice background music with a few moments of riff thrashing well composed and well executed, but you can get the same and much more with the likes of Mogwai or Sigur Ros. British Sea Power needn’t be consigned to failure for what their peers can do better, because this is a good album and if you have a spare hour, and you really want to appreciate the subtleties of what they do on From The Sea…, watch the documentary and see how the music works instead of just listening to it.