Okay, so I’m gonna try something new here: punchy soundbite-esque summaries of each band all following a specific theme. This week the theme is musicals.

(Please note that if it isn’t apparent already, this is actually just a painfully transparent attempt at creating a thematic arc for a review so that I can fill out space without giving you any actual content. We in ‘the biz’ call it ‘filler’.)

It’s theatrical. It’s camp. It’s a poor man’s Muse! Someone at the back shouts “Knights of Cydonia!” and everyone hears it. I physically can’t muster anything else to say about this band. Moving on.

Each one of them dressed all in white, looking like a set of Greasers sent down from heaven to cause some earthly ruckus (that’s right, I said ruckus), they play a wildly energetic and massively watchable set of distorted blues-influenced Rock n’ Roll. Okay, so using the phrase “Rock n’ Roll” might be a little cliche, but The Computers are well aware of this, and their vocalist completely plays up to it; using the gaps in between songs to preach about being the saviours of the genre before declaring that Music is Dead and jumping into the crowd to ride a man’s shoulders around and scream himself hoarse. 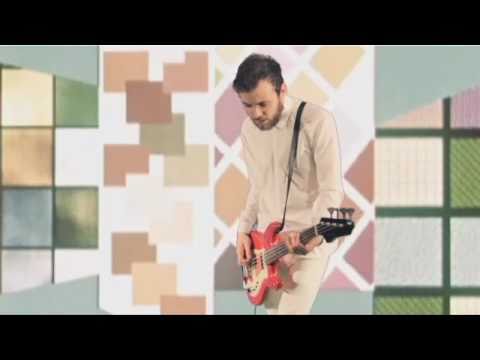 Death From Above 1979 or Lightning Bolt present Saturday Night Fever

So I kinda know the script for this set before it even happens, having being one of those types that went to London to watch their first UK show in 5 years earlier this year. Essentially this is just a repeat performance of that – the same huge banner on stage depicting the bass-and-drums-disco-noise-punk duo crawling out from their own grave complete with signature elephant trunks, the same entrance, the same onstage demeanour etc. etc. etc.

If I was looking at it with fresh and – dare I say – naive eyes like I imagine so many people at this show were, then I’d have been blown away, frankly. For a two piece in a big room it sounded pretty much perfect (better than London actually – so take note, HMV Forum) and seeing as their entire discography is an album and 2 EPs, you’re about 99% sure to hear your favourite song played. It’s a solid performance, but at this stage it feels a little forced. I was pretty excited when they first announced their reunion and their London show is one of the best shows I’ve seen this year – but on a repeat viewing you can see the novelty kinda wearing off for both parties. The audience is into it, and the band are trying their best to be into it too. I walked away happy, but nothing really stood out at this show for me. Sadly, reunions aren’t forever and 22 shows into theirs, the cracks are beginning to show.