Hookworms concluded their first UK tour by headlining Soup Kitchen in what has proved to be a successful outing for the Leeds quintet. Having sold out venues up and down the country, gig goers had been clamouring for tickets. The Manchester date was no different, and I’d heard that those that couldn’t get tickets had got on the train to catch them play in Liverpool the night before.

The show was opened by Swimming Lessons, a one man dream pop outfit. We were eased into the evening by hazy, hypnotic pieces; looped melodies crooned over by Leeds’ Ben Lewis. It’s a shame that only a minority of the eventual crowd had turned up to see Swimming Lessons, but those that did were treated to warm, Balearic sounds accompanied by gorgeous visuals.

The short-but-sweet set was in stark contrast to Base Ventura, who delivered a captivating performance to the – by now almost full – Soup Kitchen basement. Loud and raucous, yet never compromising on control, Base Ventura play Rock ‘n’ Roll how it’s supposed to be played. Their riff heavy music is a combination of bluesy rock with subtle shoegaze elements; very cool and laid back, but still gets the blood pumping.

It had been a great build up to the headliners and when Hookworms scrambled to the stage the room almost fell silent in anticipation. The band seemed timid as they set up, frantically plugging in and rearranging the stage, but after no greeting or announcement to the room, their set swelled from nothing into a pulsating, noisy introduction. 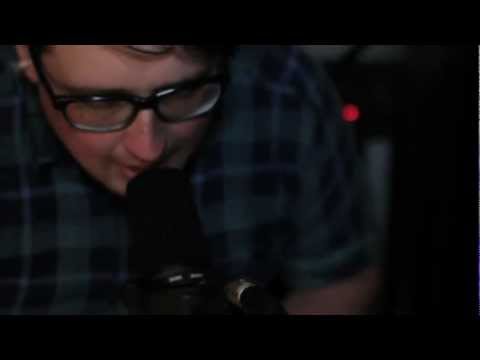 Punchy riffs veiled by layers of fuzz sit on top of drum and bass that tick along like clockwork. All the while vocals are screamed, fighting to be heard over the din. Their show fits together flawlessly, forming one long journey. Individual songs are linked by ambient sections, making for a relentless, imposing wall of noise. The album, Pearl Mystic is fantastic, but watching Hookworms play live is something else. They’re even more ferocious; Some of the slower, quieter (for Hookworms) tracks are omitted in favour angrier numbers leaving you struggling to catch your breath.

After seeing the group play at least half a dozen times, every show has been a different experience; they seem to get bigger and fuller every time. The kraut/space rock comparisons are obviously going to be made, but they are grounded by punk roots, and it’s when heard “in the flesh” that you really start to notice.

Hookworms really are a spectacle and without doubt one of the best live acts in the UK today. Aside from a few annoying punters down the front, the show went without complaints. It’s a wonder that dusty basement didn’t cave in on itself that night, and although it could be a while before they’re out on the road again, I’m looking forward to it already.