Warning: this article features the breaking, or perhaps complete dismantling of the fourth wall.

There is a theory in the sciences, from physics to biology to anthropology, that when you observe something you change it. Perhaps the same could be said of my experience of Japandroids. I was sent to observe, take a few notes, form a critical opinion and then, later on, write about it. But simply by being there I unwittingly ended up being part of Japandroids’ performance. If I hadn’t been there, the whole shape of the show would have been radically different.

I got down early, grabbed myself a cider, and watched the room fill up with expectant faces. This was a good sign. As someone who was only semi-familiar with Japandroids, I was certainly not sure what to expect. I’d been listening to their albums for a few days previously. I had formed some opinions of them, which equated roughly to: “they’re alright” and “they’ve got some good songs” and “I think I probably prefer the first album.” Even so, I remained open minded.

I finished my cider and moved to the front where I myself and my trusty notepad readied ourselves for the support act Paws, a crunchy punk three piece. The band ran on stage as if they were ready for a sporting event, rather than a musical performance. The frontman, sporting a red hoody and a bleach-blonde fringe shouted “Come Forward!” into the microphone and the band launched into a wall of noise as the early-arrivers obliged. My attention had been caught and the wall of noise became a beastly beatsy pop-punk song, complete with deliciously atonal vocals. The lyrics, or at least what I could catch of them, didn’t seem particularly imaginative (though as I couldn’t catch all of them, I’m open to being proved wrong) and nor did the standard power-chord progressions. What grabbed the attention was the pure unadulterated, boisterous energy of their songs, and the ever-growing crowd became increasingly rapturous in its applause as their set went on.

Each of the first few songs were even more boisterous than the one preceding it. The third song, in particular, introduced as “The Hospital Song” was a two minute rock and roll romp – by far the fastest, loudest and most aggressive of the set. The fifth song developed the band’s sound into something more expansive, anthemic almost, in the vein of Biffy Clyro or Stereophonics. Again, nothing I hadn’t heard before, but I was more than willing, perhaps for the first time, to be caught up in the moment and allow the swirling guitar to lap over me.

Their set moved on, back through crunchy pop-punk romps, and quieter more “indie” songs. It was their final song that delighted me the most. This was the first song that seemed to be truly original. There was a wonderful circularity to the songwriting; beginning with reverb-soaked drawn out squeals of guitar building into a slow verse set to a marching 3:4 beat and into another almost anthemic chorus and back into another loop of squeals, slow- verse, anthemic chorus before ending on nicely stroked arpeggios and a sting of feedback as the band left the stage.

So, we were ready for Japandroids. The lights dimmed and the two members of the band, Brian King and David Prowse walked calmly onstage for a performance that would be anything but calm. The interval music was still fading out as King strummed the first bombastic fuzz-laden chords and stared out into the crowd as the room erupted in shouts, hollas, woot-woots and wolf-whistles.

He greeted the crowd with an almost childlike joy, delivering a whole speech in between long drawn out chords, drawing out the crowd’s expectations until every soul in the room was nervously dancing on their tiptoes thinking Please please please please play a song! And as the tension reached breaking point they burst into life with “The Boys Are Leaving Town” with the first stabs of drums. The song played obvious homage to that old Thin Lizzy favourite of similar name. But Japandroids, despite their obvious love of the pomposity of classic rock, do not go for the same well-produced cheesy guitar licks of their predecessors. There is an anxiety that underpins their songs, this one included that only became obvious seeing them live here, and this lent itself more to their more grunge-indie aesthetics, the layers of Neutral Milk Hotel style fuzz of Brian King’s guitar, and the childlike joy in the wailing vocals of both men.

I was aware from the start that I had underestimated the Canadian duo, and as they launched into the stadium filler “Adrenaline Nightshift” (off their newest album “Celebration Rock”) I found it increasingly difficult to believe that the sounds I was hearing was the sound of just one guitar and one drum kit. But there they were, two young men, with almost unbridled childish energy sending aural shockwaves across the room. Again there was obvious homage to the past with this song in particular bringing to mind images of Bruce Springsteen on speed. I realised that, although I had come here tonight with a mind to praise their older material (“Post-Nothing” and the two EPs “All Lies” and “Lullaby Death Jams”) and remaining more critical of the newer “Celebration Rock”, I simply couldn’t fault the intricacy of their song-writing. The anxiety seems to fall off of them in pools of sweat and we are left with boisterous energy and brash confidence.

The songs are unabashed cathartic release. They might not be quite as experimental in sound or form as their early output, but they are there, unapologetic statements of intent. “By the way,” King announced after the second song, “when I talk a lot during the show it means I’m having a good time.” 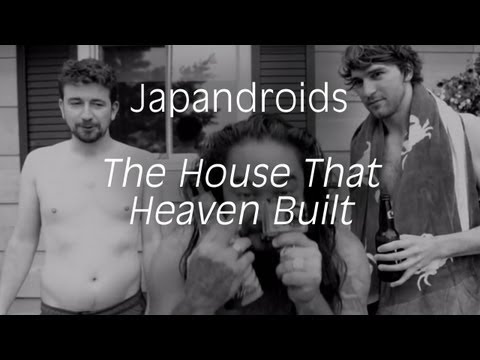 The sound acted almost like caffeine to the rest of the room, and there was a raw energy I haven’t seen at a gig for a long long time. Three songs in and the crowd-surfing began, the room filled nearly to capacity. The set meandered away, changing and evolving. At times they sounded almost industrial with dark, distorted fuzz and harmonics over rumbling drums. At times there was an obvious homage to former greats of rock and roll with the same bombastic self-belief, but with the grungy aesthetic of Nirvana or Sleater Kinny.

What remained constant was the energy, the movement, the ecstatic vocals and the crowd’s unwavering attention. I found myself drawn further and further in letting the almost synth-like waves of guitar lash my face as they launched into “Heart Sweats”. Their personalities jokey, slightly arrogant, but always warm and endearing. And they were always so tight! “If you’ve ever seen us before, you’ll know that we never fuck up!” King boasted gleefully with the air of a cat who has just caught a mouse and is proudly presenting it to his owner, “We just do live remixes. This is a live remix just for Manchester.” The best was yet to come with “The Night of Wine And Roses” the most bombastic stadium rock anthem of the entire set. It had everything from Guns ‘N’ Roses, through American pop-punk through to the light airy guitars of We Are Scientists. But its most accurate description was classic Japandroids. Pure unadulterated Japandroids. Cathartic, euphoric, triumphant. This was followed by the festival of lost inhibitions “Wet Hair” with its militaristic drum rolls, crunchy power chords and slower breakdowns. This in turn gave way to “Evil’s Sway” with its brooding introduction giving way to what King promised would be “the best drum solo you’ll see tonight.” Prowse did not disappoint.

The set moved past the hour mark with a steady course of stadium rock anthems and fuzzy, grungy noise rock. The band lost none of the intensity or energy and seemed to be running on pure adrenaline. The crowd’s enthusiasm only continued to grow as they chanted each song word for word, and danced in a mass frenzy of bodies to the incessant beats and shimmering guitars.
And then, whilst scribbling notes in between songs, I became aware that King was talking to me. “Hey Notepad! Yeah you! What you doing there?”

Then he turned to the crowd, “There’s this guy back here side stage, jotting down everything we do. I noticed him as we were rocking out. Hey Notepad, you writing a review? Hey can you all see this guy down here? He’s writing a review. That’s okay, he needs to make some money to buy his girlfriend some flowers. I don’t mind that. Hey Notepad, you need to buy your girlfriend some flowers!” The crowd began to chant my new nickname, and I tried to mask my embarrassment by smiling and waving back. But King wasn’t done with me yet. “Hey Notepad man. I don’t mind you doing a review, but during our last song, I’m gonna have to ask you to do a stage dive. We’ve got three songs left so Notepad’s got two songs to get his shit together.”

I could no longer bring myself to take notes. I watched apprehensively as Japandroids launched into a further two songs. More of the same exciting, magnificently loud and extraordinarily fast. I could sense expectation building in the room. Everyone wanted to see Notepad do a stage dive. Was I going to do it? I edged slowly towards the stage, sympathetic glances coming from a couple of Paws members. And so, what I could have sworn was going to be the band’s last song began. As I recall it was slower than the others. F*ck it! I thought to myself and I climbed up on stage, moved directly to the front and threw myself onto the cheering crowd. It was actually quite fun.
“Hey, I have to admit I was wrong.” King conceded, as I got back to the side stage area, “You ask the guy on the merch stand downstairs. I am never wrong. But, I underestimated Notepad. He did a stage dive on the slowest song of our show. From now on he has free reign of the stage.”
The band blasted through several more songs, including some covers. I was far too dazed to take any further notes, so I honestly couldn’t tell you what songs they played, but the atmosphere grew even more euphoric as person after person climbed the barriers and did their own stage dive. I even did another one of my own. “We don’t do encores. They’re lame. We just play until we can’t play anymore. This is our last song.” King announced before their final song.

“I was going to write a good review,” I joked to King after the show, “Now I’m not so sure.”