If anyone has earnt a good long sit-down, it’s probably Kevin Barnes. Since 1997 he has written, produced and toured twelve albums as leader of the ever shifting cast of musicians that make up of Montreal. You may forgive him then, for sounding slightly weary.

At the start of October, he released Lousy with Sylvianbriar after spending time writing in San Francisco before returning to his native Athens, in Georgia, to record with the ragtag group of artists he could assemble. Lousy… is the record of an expert craftsman, somebody who has spent their entire life working with a medium and learnt how to manipulate it with minimal effort to do exactly what they want. A carpenter, a tailor, a blacksmith if they still existed. Barnes has been doing this for a very long time, and his technical and songwriting experience are strongly evidenced throughout the album. There is no moment where you feel like Barnes doesn’t know what he’s doing, the songs are tightly put together. Eminently competent. But like a carpenter, there is a sense here that some of these tracks have been churned out slightly. This is the obvious downside of such a workmanlike approach, whilst they never appal they often disappoint. A musician is not a carpenter, you kind of expect that at some point in the day a carpenter throws down his tools and thinks, ‘Well, it looks enough like a desk, doesn’t it.’ There are moments when it seems Barnes has the same attitude to his art, he seems almost leaden and automatic in his craft, at times.

The accompanying promotional material boasts that, despite the arcane process of recording all the instruments at once, it only took Barnes three weeks to finish recording. Despite that, the production qualities are remarkable on this, and it has a ‘60s sheen akin to the oddness of Village Green-era Kinks, or ‘Sergeant Peppers…’ Beatles. And these are clearly the artistic reference points, the genre is undoubtedly pop, but with that same eccentricity and the off-colour twists that characterise these artist’s masterpieces. 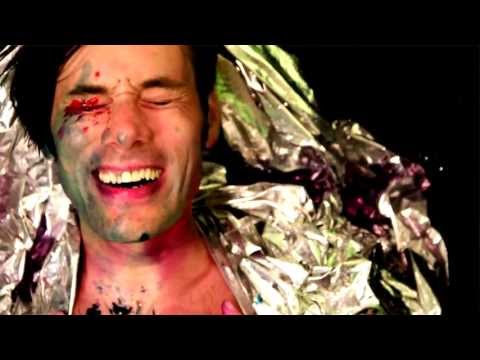 Yet the sixties stalwart that Of Montreal most often recall here is Bob Dylan. Unfortunately, not the Dylan of his triumphant electric period but the Dylan of the retrospective Basement tapes series. Another prolific semi-solo American, Lousy with Sylvianbriar has the same uneven quality that belongs to the Basement Tapes series, but Dylan’s were demos and experiments he chose to hold back originally. Imperfections on a demo tape are to be expected, as is a certain leadenness as tracks need expanding and working on – they are less permissible on an album proper.

Don’t be mistaken, there are some remarkable moments here, the playful, ADHD-tinged lyrics of Belle Glade Missionaires are hilarious in their vitriolic piss and vinegar. It verges on the cliché but never crosses the line in their disappointment with modernity ‘While you post naked gifs of your epileptic fits/ And keep track of your hits and your friends don’t give a shit/ And view your future with amusement’.

Whilst Barnes is clearly in possession of a rare talent and ingenuity, riffs often run on for a verse too long, solos seem to be knocked out rather than laboured over, and a number of the more low-key tracks seem to peter out before they get anywhere. Most frustratingly, it sounds like, with a bit more care, a leaner version of this record could have appeared and made top ten lists at the end of the year. 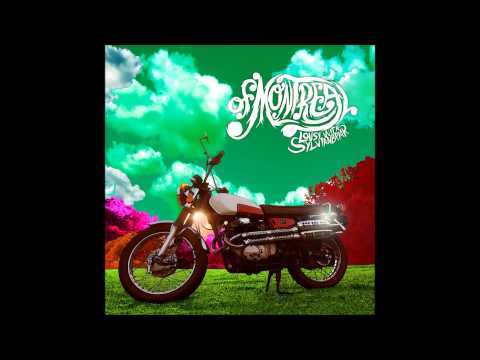 This is most keenly felt in the second half off the album, ‘She ain’t speakin’ now’ is manic, schizophrenic and playful, with radical dynamic and tonal shifts that come off brilliantly. But the next track, ‘Hegira Émigré’, feels like a bar-room band simply working through a lesser number in their oeuvre. The characteristically disconnected lyrical imagery doesn’t have the humorous bite that it does elsewhere and the relentless squelching guitars begin to wear about half way through but carry on unaltered for the rest of the track. ‘Raindrop in my Skull’ begins with a sublime, Nico-esque vocal from Rebecca Crash, builds slowly but never really reaches a satisfactory climax.

In short, it’s an album of could-have-beens, almosts, and not-quites. It is by no means a bad record, and worth a listen, but frustrating in that you feel that if Barnes could just hold off on releasing an album every year he could produce something absolutely flawless.