So it’s Saturday night and I’m waiting on a bus to take me to the show, the show I’ve been waiting for an impossibly long time for and I should be mad happy right now…

I’ve been working all day, been ill for about two weeks, it’s freezing out, El classico kicks off at 9 and I’ve just eaten what is either the best or worst meal of all time which consisted of a bean burger in a pitta bread with a side of super noodles!

I have left the house with “introducing Justin Bieber” on t.v and hence I can’t shift that ” baby, baby, babbbyyy whore” tune of his out of my mind. Oh and I lost my wallet whilst pissed up at the staff Christmas party and to top it all off I have work at 9 in the morning…..Fuck sakes! I’ve left my pen at home!!!! and no +1 is meaning I’m flying solo tonight, probably just as well considering the mood I’m in.

I arrive at the venue to find Mr Craig Campbell (Resident at the excellent Frietag’s at Common) smoking outside which is a God send and lightens my mood greatly, we precede to the bar, drink, smoke, talk video games/records you know the usual geek shit. once geek fest is finished we make our way upstairs to find the first support starting her last song (sorry never caught her name) which had a nicely filthy arpegiated bass line from her even nicer Moog rogue…. mmmm yum!

Michael Cera on drums is the only thing i can think for the first 5 minutes…. wow Michael Cera’s cute isn’t he…. playing his drums and that. Hookworms come off like a hardcore spacemen 3 banging out the one riff for five minutes and letting it build to a behemoth sized climax. Craig and myself discuss how strange it is that Spacemen 3 have started to leak into peoples influences… when the fuck did this happen? it’s like i didn’t go to a gig for a year and i come back and everyone’s hammering the one chord for 20 minutes…great! more of the same one chord please! Hookworms do the one thing but they do that one thing very well, real tight rhythm section, bruising riffs and yelpy space echo vocals. This is much better now, a few Guinness’s in the belly, heavy rock ‘n’ roll, mood much more lighter. After Hookworms set i go out for a quick smoke and over hear some brats talking about the set ” a proper ear-burster”, “see you in two” they say to each other amongst some other daft things. Me and craig talk Skyrim and ‘leveling up’.

Back inside at the bar and some boozed up boys are chanting something that passes my deaf ear by, who would of thought the more loutish element of football fans were also fans of white-boy gothic dub-pop? they seam super excited about this gig anyway, either that or they have randomly found there way here from a trail of fanny and booze. I’m glad there here anyway, there presence seams to of ramped the atmosphere up ten fold.

Peaking Lights take up there positions behind there set up of double tape cassette players and loop pedals and the like and quickly head straight into “All The Sun That Shines” bang bang bang!!!!! this shoots any ideas of jumping up and down and chanting and the like. bang bang bang!!!! you shall all just be reduced to a gawping, drooling, swaying mass of bodies from now on! fuck me the backing track played out on the tape player(I guess?) is so fucking bass heavy that it makes the deaf institutes system sound like my pound shop bought headphones whilst trying to play Miami booty music. The thing I love about Peaking Lights is how effortlessly they move form all there different influences and round them up into this joyous wall and make it sound like the freshest sound ever created. By the time “Hey sparrow ” is played which is roughly about four tunes in, I feel like I’ve taken an entire bottle of Alprazolam I’m that blissed out. 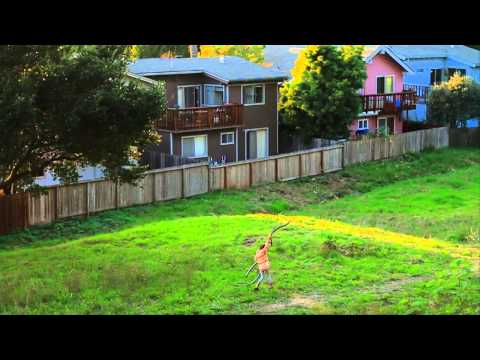 “Hey Sparrow” is so nicely spaced out and everything is so well measured, nothing sounds too much or less, Indra Dunis’s vocals swim around this space like distant clouds. Aaron Coyes stops this dead in its tracks like an impatient “DJ” at a party eager to play the next song. BANG BANG BANG! “Tiger Eyes (laid back)” could knock the Klitschkos to there feet, I briefly get myself out my little dazey dream enough to turn around and behold a packed out deaf institute swaying like the goth room in rock world (r.i.p). I’m so fucking high now, I’ve only had three pints of Guinness! Massive come down once that tune finishes but it’s not long before I’m elevated to that transcendental state again. To be perfectly honest with you the rest of the gig blurs away for me,  I vaguely recall the bass line from “Marshmallow Yellow” being played but I can’t be certain of this.

I kind of regain my senses once they leave the stage enough to notice that there’s been really nice projections being played behind them all set, well shit on me. Coyes and Dunis reposition one more time to play what we’re informed is a “new song” “its not even written yet” “its called super noodles” at least I hope that she said super noodles as this would bring some kind of nice symmetry to this review. BANG BANG! acid house, Akira soundtrack ( I hear the Akirra soundtrack all over 936), Donna Summers “I feel Love”, Detroit techno, it’s all fucking going on here and promises that there’s still plenty left in the bag to come.

Right, OK, so in layman’s terms, quite simply, without too much fucking about or big long winded storys about how shitty I was feeling and how great I now feel, or unwisely thought out terms such as Gothic dub music, or avant-pop… yes quite simply I think Peaking Lights might just be the most exciting band I have seen in fucking years. (full fucking stop).