Modern Electronica can be a difficult and challenging horizon to navigate. Such is the level of splintering of post and sub genres throughout, it can leave you at a loss as where to start your exploration. Electronic music, much like its distant cousins of Hip Hop and Rock n’Roll goes through many differing periods of reflection of its past, and attempts to reshape its future. The biggest battle is the speed in which technology changes and how dated some electronic music can sound just a few years after it was released. It’s only within the last decade that we have seen modern artists looking to move away from the capability of the computer, back to the more romantic notion of the Synthesiser. Soft Metals are one such band.

Soft Metals are a duo, Ian Hicks and Patricia Hall, who met at a club in their home city and found a likeminded love of the extravagant mechanics of analog synthesizers. 2011’s debut, self titled, album was critically acclaimed and showed as much love of the traditional merits of crafting a song as it did to stretching the medium of the synth as far as it could go. A balance was struck. ‘Lenses’ is their new release for Brooklyn based label Captured Tracks. The label is a supporter of a DIY ethic and its inhabitants include the much lauded Beach Fossils and Wild Nothing.

Opener ‘Lenses’ builds with a reverb drenched synth melody and the kind of minimal beat that New Order made their calling card in the early 80s. A further, deeper toned, synth line bounces along with the beat before we hear the first vocals of Patricia Hall on the track. Her voice is reminiscent of Saint Ettiene’s Sarah Cracknell and Cocteau Twins’ Elizabeth Frazer, soaring but distant, bored but engaging. The expectation is perhaps built to burst into some form of techno beast, but rather than that the track simmers along slowly and the vocals are a major part of keeping that tempo. The lyrics are introverted and perhaps a message to a wrongdoer. “Breaking through my perception of you, breaking through my concept of life.” This is someone who is beginning to see the light, very much like Lou Reed on the Velvet Underground’s song of the same name. Just when you’ve think you’ve got the measure of it, the track builds further, adding a more classic Chicago House feel, threatening to pull you into a warehouse rave in 1985.

The intro to ‘Tell Me’ flows like Kraftwerk with a quicker tempo and is perhaps the most reminiscent in sound to Electroclash darlings such as Miss Kittin and Adult. The vocals are somewhat lost in the mix, smothered in reverb and the track risks losing its way early on. It’s only when you get to the break and an extraordinary synth melody arrives and completely takes over the rest of the track, breathing life yet simultaneously darkening what came before. It’s a masterstroke and it’s slightly disappointing the track ends in very much the way it began, stripped of all the interesting parts. 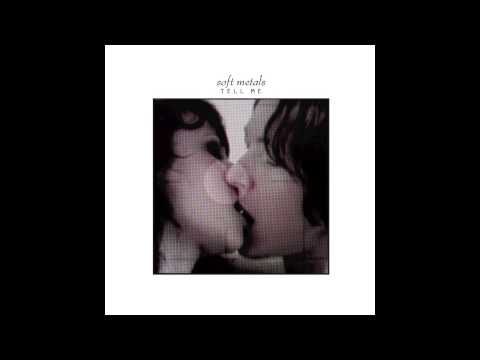 From that point though, the album doesn’t really hit its stride to the same degree and doesn’t reach the same level as its early highs. ‘No Turning Back’ is dark and brooding, starting like it could be an early Faithless single, but fails to have the hook of its predecessors and the vocals cross the line, sounding too bored and too distant. ‘Hourglass’ is a fairly dull instrumental that neither sweeps you away in its melody or throws you onto the dance floor kicking and screaming, whether you like it or not. The ideas, though well executed, don’t take you to synth heaven. It fact, it’s difficult to do much else than wonder why it made the album.

Thankfully though, the duo have a couple of aces up their sleeve on which to end the album. ‘In the Air’ is a five minute monster of a track and is most at home in its techno roots. Repetitive, but not afraid to transform, the song should really be the centre-piece of the album. The vocals are again smothered in effects, but this time it really adds a layer of mysticism to proceedings. The band claim the song is “..a dense, pulsating piece about the power of nature, the effects of seasonal changes on all living things that rule over sexuality, productivity and inspiration.” The inspiration and productivity here are clearly audible. If My Bloody Valentine had decided on a different career path, it could well have sounded like this.

‘Interobserver’ is the closer and is another instrumental, but is a much more successful attempt than ‘Hourglass’ The influence of Brian Eno is noticeable, but really doesn’t overwhelm you. The song spirals in your mind, creating some gorgeous effects that sooth, almost to the extent where the vibrations completely take over your ears. You almost feel that at any time, certainly in the hands of some of Soft Metals peers, a beat may come in and the tempo would shift, but the simplicity of keeping it laid back so that you can be engulfed by it, is stunning. The effect overall is kaleidoscopic and leaves you pondering how it would work live and what visuals would accompany.

So how does ‘Lenses’ help clarify the future sound of Electronica? Well, it very much doesn’t, but that is certainly no bad thing. It has its roots firmly in the traditions of the genre, making sweeping references to its past, without being too inclined to full scale robbery. It is not without its flaws, but on the strength of this album, the idea are there to produce stronger material. Amidst the rocky backdrop, bands like Fuck Buttons and Boards of Canada are producing interesting and sometimes more progressive pieces of work that can stand up to the pioneers of the 70s and 80s and yet still be seen as relevant today. ‘Lenses’ isn’t there yet, but the signs point towards the skies.