Spirals float behind Still Corners. A white rabbit runs across the screen at the back of the stage. Shortly, he is followed by a girl, presumably named Alice. Tessa Murray looks out quizzically from behind a plunging fringe of blond hair. ‘Curiouser and Curiouser’, she almost seems to say. We all seem to have travelled through the looking glass this evening, and much like Alice, none of us appear to know quite what to make of it.

Before Still Corners come on to play, we are treated to the sounds of Tops, a Canadian four-piece with a wonderful command of harmony and a guitarist with ever moving fingers. The ethereal melodies are reminiscent of Julie Cruise’s haunting pieces and the basement of Soup Kitchen feels eerily like the red-curtained Roadhouse.

With the night running late, Still Corners arrive to play a shortened set, beginning with an entrancing instrumental. Cyclical chord progressions, propelled by simple but engaging percussion, create a trancelike atmosphere. There’s more than a touch of the Fuck Buttons here, although the piece does not quite build and morph in the same captivating manner, lacking their unpredictability. Already the Lynchian atmosphere falters slightly.

The set continues with Tessa moving on to provide vocals as well as synths. She has a lovely, swooping voice which fades in and out of the mix. Although many of her lyrics are unintelligible, this does not detract too much from the music as a whole. What do, however, are the effect-laden guitars of Leon Dufficy, his hands ranging off the fretboard to providing distracting bubbling effects. Seemingly inspired by the Animal Collective, the effects lack the restraint and sparse use present on tracks such as ‘My Girls’ or ‘In the Flowers’. This unfortunately drowns out the more interesting sections of the music, which could otherwise hold their own. 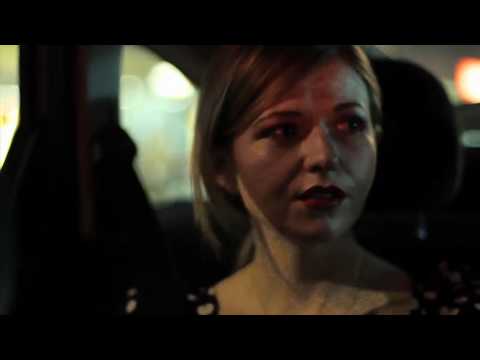 Their newer material such as ‘Fireflies’ demonstrates the direction in which the band appears to be heading, striking a more upbeat tone and faster pace. Effects are used more as a complement to the song structure and not as a centrepiece of the song itself. The track has already received acclaim from music critics and the sound is much more interesting.

Sadly, this is only a small part of the set and after what seems like a brief performance, the band exit the stage, the audience apparently underwhelmed enough not to cheer for an encore. Hopefully, the island of newer material present in the centre of their set is more of an indication of what is to come from Still Corners, rather than the swamp of effects which surrounded it.