The pretty cool girl from Burnage invites you back to her house. The living room has a mottled copper-topped coffee table with oversized plastic ashtrays stolen from the local. Her parents smoke filterless cigarettes which protrude from between knuckles on hands muddied with homemade tattoos which, gripping Swiss Army Knife & Promotional Corkscrew-blade respectively, peel potatoes onto old tabloids between their feet on the living room floor. There’s a half-eaten Jaffa Cake bobbing in the Fish Tank, providing a late-thrust in the algae-battle one of those endlessly entertaining glass-cleaning magnets has clearly surrendered, having fallen-off the inside pane and cowered behind the Deep Sea Diver.

A mongrel-dog lies on its side, panting on the rug in a shaft of sunlight and waltzing dust, its bubblegum-coloured bell-end foaming a greenish semen from it’s ill-advisedly left-intact knackers. The dog is probably named after a 60s City player, and often rears-up on his haunches trying to hug their eleven year old son in what is mistaken for play, rather than attempted rape.

“CALLUM, STICK ‘EM IN THE FRYER FOR HALF AN HOUR,

US LOT ARE OFF T’ STRANGLERS!”

(Research has discovered this is the most popular avenue of inadvertently finding yourself at a 21st Century Stranglers concert.)

Prior to tonight, the most exposure I’d had to the band was dicing tofu at ‘Diamond Dogs’, an ill-fated Lesbitarian Café on Beech Road, Chorlton. Their ‘Best Of’ CD boasted an impressive tracklisting, and my ex-radical, Sapphic managers were incongruously fond of ‘Peaches’. Prior to that, one of my very earliest memories is of gazing into the VU meter of my Dad’s Teleton T660 Tuner as the needle lolled along to the peaks and troughs of the cosy brown snow of the enchanting and exotic ‘Golden Brown’.

Manchester Academy looks like Fiorina ‘Fury’ 161 from ‘Alien 3’: all shaven heads and middle-aged spreads. Black-clad ‘Ram Man’ Stranglers fans with red, rat-emblazoned plastic bags schmooze enthusiastically. There’s a surprising smattering of women too: a few bewildered-looking Ripleys crash-landed into this stubborn cult with an unyielding fealty to brand/band, around which they’ve built this intimidating religion. What nowadays passes for The Stranglers is three quarters of the personnel that made their illustrious name – founder Hugh Cornwell having condemned them as creatively bankrupt and absconded over 20 years ago. He’d declared there were ‘No More Heroes’ in 1977, but in 2012, Stranglers fans still put a lot of stock in whoever was in his proximity when he barked the lyrics…and someone who at the time was in Sunderland, and 13 years old…

Baz Warne has the dubious honour of insinuating himself into the legend and, it has to be said, does an admirable and competent job of stepping into Cornwell’s right-hand flank opposite Jean Jaques Burnel, while Dave Greenfield’s Manzarek-inflected keys lend their chugging punk the oddball quality that originally distinguished them from the rest of 1977’s anarchitects. 73 year old drummer ‘Jet Black’, having succumbed to one of the chest infections he’s become increasingly susceptible-to is tonight replaced by an understudy, Drum Tech Ian Barnard. So, it turns out we in fact have 50% of the classic line-up. None of which seems to matter in Stranglers-land.

They take the stage to the familiar strains of trademark instrumental ‘waltzinblack’, the woozy oompah organ sounds of a perverted circus, before lurching into new album track ‘Lowlands’. Alternating between old and new material like this, they manage to maintain the interest of both fervent and casual onlooker, while also highlighting the former’s lack of ideas. The musicianship that managed to transmogrify the band from nose-thumbing punks to the unclassifiable outfit that put out innovative and amorphous albums like ‘Black & White’, ‘(The Gospel According To) The Meninblack’ and ‘La Folie’, is still basically in evidence but played safe behind amplification and attitude. 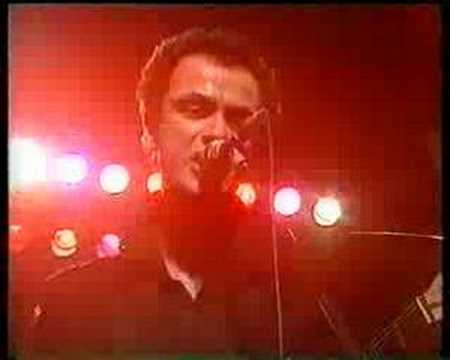 When this incarnation trundle out ‘No More Heroes’, it’s an unintentionally ironic and unexpectedly deflating experience. Never has such an increasingly fucked world, with all the tools at its peoples’ fingertips been doubly hamstrung by dispassionate and apathetic gapless generations. The Stranglers in 2012 is a moderately depressing prospect, but no worse than Michael Cera & Zooey Deschanel forced to copulate at shotgun-point by the masturbating cast of ‘The Big Bang Theory’ in furtherance of the supreme geek-being. While I went-in skeptical, I abandoned the Academy before the encore with ambitions of becoming a fan. I’ll no doubt be taking my daughter and her boyfriend to Hugh Cornwell’s Octogenarian Stranglers-anecdote/rheumatistic-fingered acoustic tour in 20 years time.

5 Responses to The Stranglers – Live Review