It’s testament to the quality of The War on Drugs’ live show that despite being past curfew, clearly having performed their final song of the night, and merely playing around with feedback for a good three minutes or so, that the vast majority of the crowd didn’t even consider leaving until they knew for sure that nothing else was coming. After an hour and a half of guitar solos, lengthy post-song jams and fairly frequent harmonica appearances, it’s not exactly surprising.

That’s not to say that this was ninety minutes of improvisation and nothing else, far from it. It’s because of the strength of last year’s Slave Ambient LP that The War on Drugs have the leeway to extend an experiment live. Kicking off with Best Night, Slave Ambient’s opener, it was instantly clear how the evening was going to take shape; smoke, feedback and echoing vocals. 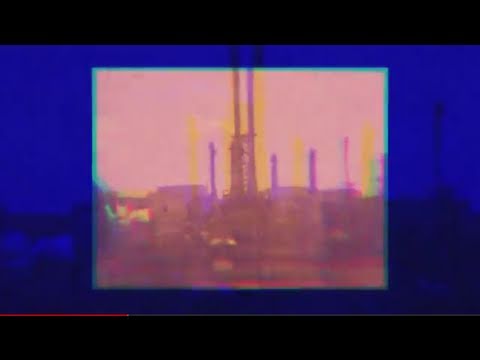 Though the crowd was largely silent, that wasn’t exactly a shock given that Adam Granduciel has never shown any desire to write sing-along choruses, or catchy refrains. This silence then was not one of detachment, but rather one of immersion: the majority of the crowd, myself included, transfixed, rooted to the spot. The remainder, a not insignificant minority, floated around like extras from a low-budget Woodstock movie, looking like they’d had one too many ‘special brownies’.

What united both factions, aside from the silence during songs, was the rapturous applause between them. Sound Control seemed to be the perfect venue for The War on Drugs, large and sparse enough to make more frenetic songs like Baby Missiles come alive, but small enough for more delicate songs – such as the show’s two highlights, Brothers, and the closer Black Water Falls – to sound both intimate and intricate.

It remains to be seen if The War on Drugs can be quite as convincing in larger and more soulless venues, but I for one wouldn’t bet against it. All they’ll really need is another album as strong as Slave Ambient and 2010’s Future Weather EP. The stage presence is already there, whether it’s Granduciel picking out a favourite member of the crowd for praise or the band in its entirety getting so absorbed in the performance that they could be anywhere in the world. Whilst I might not go quite as far as the rather excited young man at the bus stop next to me who declared it “the best gig ever”, in reality he’s not a million miles away.