Q.1: *”Daddy Malkmus, I like to think of death as something as incomprehensible and annihilating to the individual as a sperm’s metamorphosis into embryo. But then I remember all the sperm that die along the way, ending up nothing. Do you have an indefatigable favourite band – A band that has never let you down, from whom no album passed you by? Can you describe what exactly it is about them that tessellates so deftly with your ineffable everything?”*

This is the first question I wrote for an (as yet, but likely to remain) unanswered set of questions I sent to Stephen Malkmus last month, and serendipity has seen fit to land me the task of reviewing him tonight. For the best part of a decade Pavement were the ground beneath my feet, forming a path to David Berman and his Joos who swiftly became my Silver religion. Some bands are sacrosanct, while seeming like they never even tried to swim against the tide.

The Deaf Institute has never looked more diminutive in it’s expectation of a figure with as increasingly hefty a reputation as Malkmus. In fact it looks almost like a model miniature as I perch upon the uppermost pew of its back wall’s step/seats, imagining a little blue plastic underpanted Malkmus Action Man marionette, jumping and levitating across the stage, controlled by the real Stephen pulling its strings through the skylight until the puppet is swept aside and out of mind by Milk Maid’s drummer doing some last minute twiddling with his Kit, allowing the early influx of punters to crud-up the front of the stage.

Milk Maid butcher the first half of their set – by which I mean it pummels along like the unjust thumping of rusty knuckles into dead flesh (if you’ve ever known anyone who worked in an abattoir, or pet shop for that matter, ask them how their mentally questionable colleagues relieved the tedium) polarised by a second half sewn through with Technicolor threads of infective melody, perfecting an envious blend of crunching-but-hummable that the candy ass Vaccines might yet try to bribe Martin Cohen into writing for them once their pubescent demographic figure-out they’ve been shafted by discovering where everything was plagiarized from. This discernible upturn in Milk Maid’s set coincides with the inevitable injection of Malkmus fans vying for a decent spot in what are sure to be sardine tin conditions, and I almost trip over a wheelchair in an attempt at securing a spot for myself.

Q.3: *“Stephen, I once had an acoustic guitar whose D & G strings I poked my flaccid 11 year old member between, thinking it an important bonding process that would last a lifetime, cementing my trajectory toward Rock Superstardom. Soon thereafter, I noticed a crack in the back of the top of the neck, and hid her (Greta) in my closet. I checked at regular intervals, and noticed the crack had widened each time, until one night there was an almighty twang, as the tension from the strings pulled poor Greta’s head off. Describe your relationship with your first guitar. Do you still have her? Any indelible memories?”*

While certainly not as boyish as he always seemed, Malkmus never seems to age so much as get slightly more defined. Like the sharpness knob is turned right up (you know, the kind you’d find on the odd better decked out VCR?). His temples give the impression of greying, but it could just as easily be the sheen from the stage lights. As if to dispel my investigation he launches immediately into his eponymous debut’s ludicrous and juvenile tale of a teenage Steve Shanghaied by Pirates ‘The Hook’, before reeling us in with ‘Mirror Traffic’s instant classic ‘Tigers’, and soon thereafter the infamous but inexplicably heavily radio-rotated ‘Senator’, but the undeniable highlight of the night is the sublime, jittery time-signatured ‘Stick Figures In Love’.

I once despised the obligatory pissed-up, incessant requester when I started attending gigs, standing sober at the back, waiting for it to be over so I could tick it off, band logged as ‘seen’, now I’ve become him – roaring myself hoarse with ridiculous suggestions of songs Malkmus claims no authorship-of and practically improvised into a Boom Box 20 years ago. A woman behind me shouts, as though to cancel me out “Play some of YOUR songs, play whatever YOU want!”. In spite of her sucking-up, I think I might have managed to harangue him into closing the set with a predominantly instrumental rendition of ‘Pig Lib’s ’1% of 1′ which he sings the odd chorus over, away from the mic as evidenced in his pained face as he scrapes at the ceiling of his range. But I definitely prompt a somewhat bum-legged ‘Speak, See Remember’ as Malkmus mumbles “We can do that one.” at my second time of asking, which the band seem to struggle to get to grips with during the Pink Panther jazz of it’s pocket watch-spinning, finger clicking intro and verses, but soars once it takes off into it’s developing coasts and raised sight-lines, even getting the cripple out of his wheelchair seat to repeatedly hammer a “you da man finger” at the singer from the perspex-fenced balcony. After being treated to a rendition of ‘Forever 28′ dedicated to the Cribs for lending the Jicks their gear, and a cover of Foreigner’s ‘Hot blooded’, the band vacate the stage.

Upstairs in Fuel, one of the city’s most exciting prospects Young British Artists have started a steady pound on the bass drum amid a Kevin Shieldsesque swirl of swirly pink sonic soma, beckoning everyone upstairs. Statuesque brunettes sport stupid Crucifix tattoos on the back of their biceps. I get an email from David Berman about the “Pain Funnel” of For-Profit schools for my perusal. Veiny man-hands are cradling their denim-clad backsides. We got a lovely ‘otherness’ emanating from the stage, now with drums in more of a hurry. A queasy faced guy emerges from the toilet to his loved-up companion props him up and looks at him, heavy lidded like she wants to get him home and go ‘9 Songs’ on his vomity crotch.

We ooze out Fuel’s vestibule like a spurious and scurrilous metaphor harking back to the intro of this review. Shell Zenner is flailing around, cackling like a Indie band fag hag, draping her outstretched arms around the nearest Young British Artist, whether they’re in the band or not (She’ll no doubt read about this when a Google Alert tips her off to it – “Hi Shell”). Ben Ward, El Presidenté of SWAYS is ruminating on a trio of shows for the Fuhrer Bunker’s apocalyptic swan songs. I’m in the midst of the jism of the Manchester music scene. This might not be the best it gets for any of them, but it’d make me happy to know it wouldn’t matter to any of them if it is. It’s best not to decapitate your aspirations by sticking your dick in the middle of the strings.

Q.6 *“Stephen, PAVEMENT: THE MOVIE (working title ‘PAVEMENTIVM IN EXCELSIS’) has been greenlit by Fox Searchlight. Naturally they have asked someone without a Heck of a Mexican Breakfast of an idea what they are doing to helm. They’ve cast a bearded and reticent Will Ferrell as The West, Jeff Daniels as Scott (naturally), Leo DiCaprio as easy-on-the-Ibold, the uncastable Nasty is played by a cartoon drawn by frazzled animators who previously worked on ‘Schoolhouse Rock!’, with your good self played by Robert Sean Leonard (Gary Young is played by a different psycho-eyed transient in every scene he appears a-la ‘I’m Not There’, with cameos from Michael Cera as a moderately surprised Beck, imaginatively coiffured John C Reilly plays Mitch Easter, Buzz Osborne as Lance Bangs, Tim Robbins as Rian Murphy, a Gas Station Attendant’s shadow as David Berman and Tom Berenger as Bob Pollard at the Matador 21 show finalé). Your only input into this endeavour however is to choose which song runs over the end credits. Stephen, which song from the Pavement canon is most befitting it’s story’s end credits? (But if you care to, feel free to re-cast essential cast members)”* 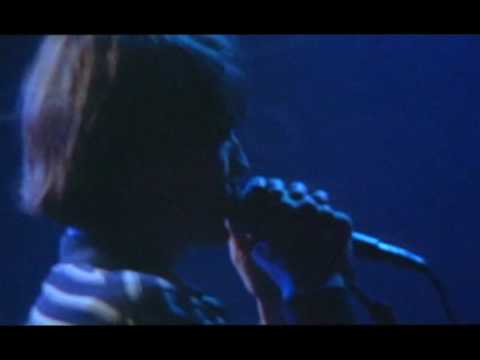