Here’s something new, which is getting increasingly hard to say these days. It’s brought to you by Gang Colours, AKA Will Ozanne, and he’s been making beats since the tender age of 14. He was discovered by the mighty Giles Peterson via a remix he did for Ghostpoet’s debut single and since then he’s kept his head down making “The Keychain Collection” for Peterson’s own label Brownswood Records. As a third album it would be impressive, as a debut it’s remarkable.

Ozanne takes the pitch-processed drum patterns and wibbly wobbly sub-bass tones of UK Garage and transforms them into a Michael Mann-ish widescreen soundtrack of melody and atmosphere. It’s a unique sound and it’s rather wonderful. Predominantly electronic but warm and mournful, the live piano that saturates the album is almost funereal but combines beautifully with sampled vocals and various bleeps over relentlessly slow and sparse dub-step rhythms. It’s evocative of the city streets but with the cool sophisticated detachment of a penthouse view. Urban chill perhaps, certainly the sound is lush and restrained but, like a duvet filled with nails, there are enough hard edges and shiny points to stop you sinking into it completely. 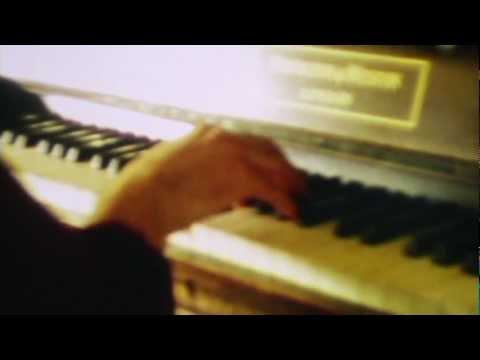 There are issues though. Seven tracks in and the listener begins to wonder if there is going to be any variations on the theme. The spell is in danger of breaking and the fidgeting starts. Thankfully “Fancy Restaurant” makes an appearance and the clouds suddenly break with some sunshine pop. Well, not quite, but the change of mood and directness of the song are a welcome break from the ambient fog that was in danger of overwhelming the album. Ozanne simply wants to make enough money to take the love of his life out for a good meal (Thai perhaps? We’ll never know) and the simplicity of the sentiment is matched by a fabulous three minutes of music where the tone is suddenly straightforwardly romantic. Suitably refreshed “The Keychain Collection” finds its mojo again and “On Compton Bay” has a confident up-tempo stride that takes us to the final instrumental, “Rollos Ivory Tale” with bizarre electronic birdsong and reverb-drenched piano. Interestingly the songs never outlast their welcome. Unlike many other down-tempo works where the tracks can sometimes meander for hours in search of the perfect moment, each song on “The Keychain Collection” is three to four minutes only. Ozanne is aware of how far this music can be pushed, and he never takes it too far.

It’s the kind of music that makes journalists look for glib mash-ups, “It’s Artful Dodger vs Portishead” etc, but this does a disservice to everyone involved and will always, always sound worse on paper than on record. So I won’t go down that road. Instead I’ll just recommend that you buy this album then play it through the best pair of headphones you can afford (Ozanne’s rich production fills the frequency range with detail and extends the stereo field about five miles past each ear). Don’t worry about what you look like, just play it loud.