Manchester is ablaze with nostalgia, and as usual is having trouble letting go of it’s past and moving forward (although if the future is WU LYF then I can hardly blame them really). I am, of course, referring to that big reunion event that everyone’s talking about. It seems that people have forgotten that Manchester is a city in which there are bands playing shows every night, and 90% of them don’t feature a Mancunian chimp in a tracksuit, nor will they have you screaming at eBay for hours on end looking for affordable tickets.

Basically, when I got to the Ruby Lounge Trojan Horse were just beginning their set to apparently the only nine people in Manchester not blinded by the hysteria of yesteryear – and four of them were onstage. TrojanHorse take the past, rip it from it’s foundations and run with it – eyes wide open – into the future. Tongue-in-cheek-prog-played-deadpan and accented by three way vocal harmonies, wrapped around some seriously heavy riff-based guitar work. It goes some way towards filling the Oceansize-shaped void in my life.

Dr. Mahogany’s Goat Circus are an interestingly mismatched looking bunch; a vocalist in a sari dancing around almost completely lost in her own thoughts, a bassist with flares and an afro and a guitarist who looks a little like a very over-worked Efrim Menuck. Looks aside, the sounds are equally as mismatched – a lot of tribal drumming and Latin American guitars meandering in no particular direction coated with a soulful wailing vocal line. It’s hit and miss, but on a few occasions it really works – leaving them sounding suspiciously like a minimalist Mars Volta. Most of the time though it feels a little more like a directionless experiment with the actual song structure being treated as more of an after thought.

By the time Zun Zun Egui get onstage, there are maybe 20 people in the room – a lot of touring bands with a debut album would see this as quite disheartening, especially seeing as The Ruby Lounge can be quite a depressingly cavernous bastard without a decent crowd. This doesn’t seem to put them off though, in fact the Bristol based quartet seem pretty happy about this being their biggest Manchester crowd to date. Bristol must set the bar pretty low. 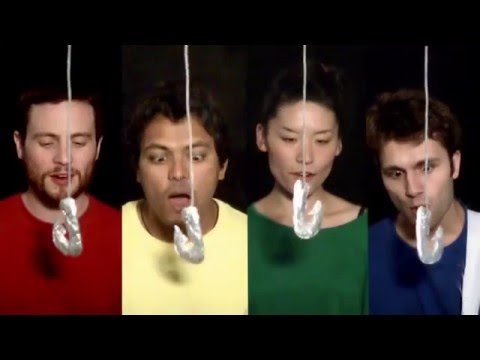 As guitar/vocalist Kushal Gaya lets out an almighty cacophony of noises in a handful of languages and begins what at first appears to be quite an interesting fusion of Experimental Jazz and World Music. Sadly it all-too-quickly becomes very, very formulaic – which for an Avant Garde band is quite poor show. I’ve taken the liberty of replicating this formula in handy recipe format (you’ll thank me when a bunch of pretentious stoners with ponytails call your band righteuous, I promise.)

Throw in one part lazy synth

Pepper with repetitive incoherent yelps and occasional smatterings of psychedelia for 4 minutes before finishing with an atonal ‘freakout’.

Repeat until sufficient time has been filled.

One Response to Zun Zun Egui