Over the past few years, David Thomas Broughton has been making waves with his unique and distinct approach to folk music. When Broughton performs it’s a story of incompletion and insecurity. As his songs ponder the difficulties of relationships, the awkwardness of emotion, he plays the same games with the audience. A pause mid-song to brush off his knee, or to rearrange his belongings on the floor: Layers of melody are slowly built, soar, whistle then fizzle as does a kettle on a stove.

Combining luscious and often haunting vocals with improvised spontaneity, his baffling genius has been dividing opinion on the UK and European live circuit since 2005. A new album coming out in May 2011 will be released worldwide.

“The most brilliant and baffling show I’m likely to see this year” – Hank Schteamer, Time Out New York

“David Thomas Broughton = an actual, honest-to-god, straight up genius.” – The Internet Sleeps Sundays, review of End of the Road Festival 2009 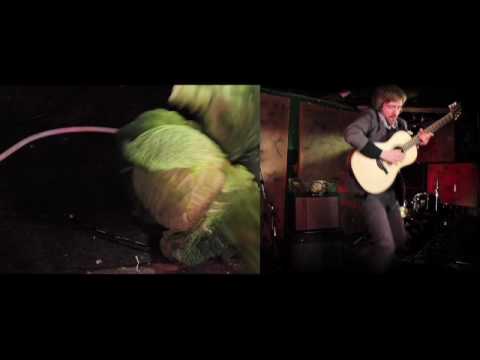