Is it wrong of me to yearn for the past? Probably, but we’re seemingly all guilty of it. Look at Weezer, the whole world digitally screaming at them that they haven’t had a good album since 1996 and look what it’s reduced them to. Sure, the new single Back To The Shack has some pretty excellent guitar parts and the production is bold and huge sounding, but with lyrics so pandering and apologetic how can they come across as anything other than frightened and lost?

I bring this up, because I catch myself doing it whilst I’m watching Cleft. It just occurs to me watching a super technical, sometimes math-y, sometimes a bit metal-y guitar/drums instrumental two piece that I really miss Hot Bone. Remember Hot Bone? They were bloody great. Then, however, I realize that I’m judging Cleft against some unfair, romantic standards that I set myself in the haze and bewilderment of youth. Cleft are a great band in their own right – they’re tight as hell, they manage to keep things sonically rich whilst still remaining quite minimal. They can summon some other worldly sounds from a guitar and their gurn faces are really on point. 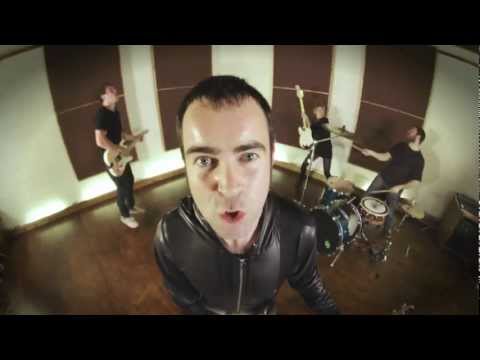 So yeah, remember about 270 words ago when I was talking about the dangers of looking back and judging now by those standards? Yeah, it’s a dangerous thing – it could so easily be done to Future Of The Left, too. I mean I’ll spare you the full biography but I’ll summarise thusly; blah blah, mclusky members, mumble mumble that guy from Jarcrew, something something bassist from Million Dead, etc. What matters is that at one time FOTL were a different band to the band that they are now. There’s been a revolving cast of members since they formed almost 10 years ago and each one has brought something, and their departure has arguably taken something away. People can (and probably do) argue over which era of FOTL is better, but it doesn’t matter. What matters is how they translate their history into the now. The very moment they step onstage and begin to play and nothing else before or after it.

As it happens, this particular incarnation of ‘now’ is a furious, career spanning set that’s so dense and massive, the only thing that can cut it is the band’s razor-sharp, sardonic between-song conversation. The crowd react to the band and vice-versa and this back and forth mutates and grows until everyone in the room is a writhing mess of sweat, smiles and someone else’s beer. Someone screams “this is the best setlist EVER!” and not a soul in the room would dare to disagree. Towards the end of the set, two mclusky songs of almost-mythical status (Gareth Brown Says and Lightsabre Cocksucking Blues) get unleashed but it doesn’t feel like apologetic nostalgia. Future of the Left have an unavoidable history but instead of looking back on it with the mournful eyes of someone looking to obtain a former glory, they use it as fuel to propel themselves into brand new territory. Occasionally there are mis-steps, and not everyone will follow, but I don’t mean it lightly when I say that Future of the Left are one of the most important bands in this country and seeing them live is a furious lecture on exactly why that’s the case.

One Response to Future Of The Left : Live Review