The Wave Pictures are David Tattersall, Franic Rozycki and Jonny ‘Huddersfield’ Helm. In 1998 Franic and David lived in a village called Wymeswold where they started playing music together, with Hugh J Noble on drums. The band was called Blind Summit. When Hugh decided he didn’t want to play drums he went to Exeter to study philosophy instead. The band changed its name to The Wave Pictures. Hugh was replaced by several drummers, until Jonny ‘Huddersfield’ Helm became the permanent replacement.

This year sees the release of Long Black Cars, due out in early March on Moshi Moshi.

The Wave Pictures’ most recent performances in Manchester were supporting Noah & The Whale at Manchester Cathedral and at our stage of Sounds From The Other City, as well as acting as Darren Hayman‘s backing band at the same event. Their previously visit to Manchester was at the Town Hall, where they supported and backed Daniel Johnston in November 2009.

‘In their own very English way they make you think of the simple three-chord US drone-rock of the Velvets, Modern Lovers et al while the frontman’s vocals recall the classic tuneless rock whiners who turned non-singing into an art form’ – the Guardian

Support comes from Golden Glow. Golden Glow, aka Manchester’s Pierre Hall, released their debut EP, Tender is the Night, through Mush Records last year with great reviews from the NME, the 405 and Neu Magazine amongst others. Described as ‘spectral-Mancunian post-punks’ by Time Out and with their blend of distorted and fuzzy guitars, choppy experimental layers steeped in personal lyrics of joy and sorrow, the band are currently in the studio recording their new album, which will see a release later this year. The last year has seen Golden Glow support the likes of The Drums, Crystal Stilts, The Pains of Being Pure at Heart and Wild Nothing. 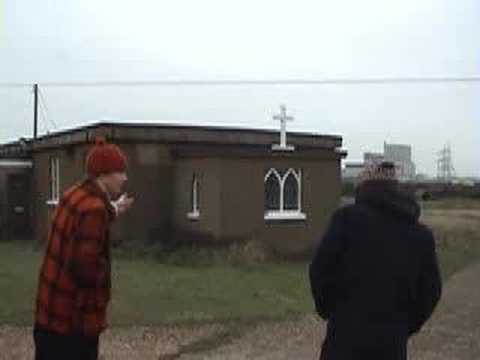 One Response to Hey! Manchester Presents The Wave Pictures with support from Golden Glow