It can be a distraction from the focus of a band’s real career when TV comes knocking. The lure of payola from a major network in America is bound to be tempting for a band that has never really made it in the fragmented world of altenative music. So when Psapp had their song ‘Cosy in the Rocket’ used as the theme tune to major hospital drama ‘Grey’s Anatomy’, it was perhaps inevtitable that they found it difficult to increase and supplement a fan base beyond that one song. To put it more bluntly, music fans can be a dismissive bunch at the best of times.

Creatively, if that has held Psapp back, then it is not through a lack of trying. They are an inventive band with plenty of ideas that roam throughout the tracks on ‘What Makes Us Glow’ with reckless abandon. It is their forth and perhaps most busy sounding work to date. Carim Clasmann and Galia Durant have been making music together for 12 years and it is clear they are not afraid to take a risk or two. Indeed the album features some of their own home built instruments such as a homemade bonaphone ­ a marimba made from bones ­ and a vast array of samples, some of which include Galia snoring and a box of mealworms! Whilst this may seem that the band strive to be seen as a constant experimental force, the result of the album is not as avant garde as might be expected, in fact it flirts with pop at every conceivable turn. 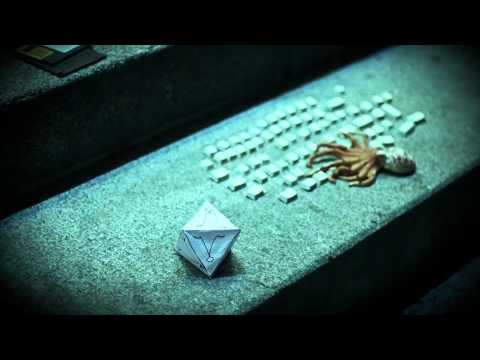 ‘Life Hums’ is a minor false start to the record, perhaps oddly placed as it merely a recording of an outside world, with a cow ‘mooing’ somewhere in the distance. At 17 seconds long, it is rather perplexing. Perhaps that is the point. Therefore, when ‘Wet Salt’ playfully enters your ears with it’s simple melody and bouncing percussion it is more of what is to be expected. The lyrics are lamenting the end of something coming to it’s conclusion and it’s a fine example of the template of upbeat song of the music juxtaposed with the mournful lyrical content.

‘The Cruel, The Kind and The Bad’ is a much darker affair, designed to creep you out and perhaps not incredibly far from Danny Elfman territory. You can imagine it playing with sinister intent if you turned up at a long forgotten seaside town, once famed for it freak shows and hall of mirrors. It’s the song that will interrogate the imagination of a child of any age. ‘That’s the Spirit’ starts with what sounds like the rythmic sploshing of water from a tap, with accompanying plonks of piano and a very odd sounding keyboard melody. Again it sounds quite sinister as Galia Durant pleads “Hurry up and let me in, I’m freezing.” Lyrically, she is seemingly being ignored emotionally by a lover who won’t communicate. The song builds and midway through, was it? It was! Evidence on the homemade bonaphone adding another rythmic element. The song ends sounding like a music box being looped in Amanda Palmer’s childhood house.

‘Everything belongs to the Sun’ has a tribal perscussive beat that permeates the track from beginning to end. Springs can be heard in the distance, providing disonant twangs. Durant’s vocals are implemeted  to add further instruments to the mix early on as she provides he own backing vocals. The piece revolves around a simple vocal refrain of “Everything belongs to the Sun, but you don’t belong to anyone.”, The words gliding effortlessly into the arrangement. The snoring sample brings it to a suitably bizarre conclusion. 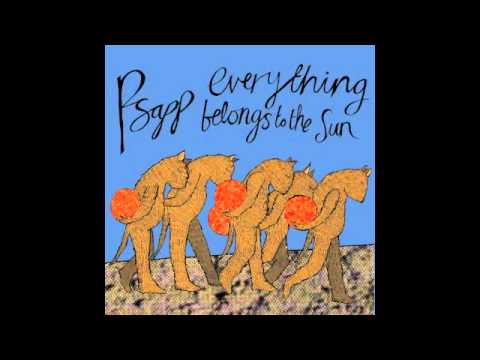 Stand out song on the album is ‘Your Hot Knife’, which is telling, as it probably the most fully formed on ‘What Makes Us Glow’. It is almost bordering on smooth, slick jazzpop with Durant’s languid vocal style working perfectly. It has an air of former Delgados frontwomen Emma Pollock’s solo offerings about it, simple songs built almost piece by piece without too much over complicating or distracting with background flights of fancy.

There are moments on this album though where you find yourself waiting for something more, almost impatient when a idea doesn’t come to a satisfying conclusion. ‘Seven’ plods along pleasantly enough, but doesn’t seem to want to make it’s mind up what it wants you to hear. A simple guitar lick that sounds like ‘Lovecats’ era Cure runs through it and you wonder whether a chorus might even be under consideration, but it never materialises and it meanders to an end with a whimper. ‘Bone Marrow’ taps along with the intensity of an elderly relative playing the spoons and doesn’t really fully come in to it’s own, despite having some of the album’s most satisfying vocals.

The overall impression that ‘What Makes Us Glow’ leaves therefore is slightly fractured. The consistency just isn’t there over the 12 songs to merit further listens. A band with so many different ideas can end up overcomplicating things for themselves and losing track of the basics and it happens here on one too many occasions. The moments that stand out seem to be the simplest and perhaps more assured self editing would produce an album to cherish in future years.