That Sunday Feeling are a 4-piece rock band located in Lincolnshire, with an alternative edge to the music. We believe in our music and the sentimental meaning behind it, always aiming to put our fans before anything else, our main focus is and always has been to make people happy through song.

Coming together in January 2010, Joe Atkinson and Jay Imlach set out to find other members with the same drive that they both shared, in this they found two other highly talented musicians, Peter Coppin and David Stephens, to complete the line up in April 2010.

After months of planning and working to get together cash, That Sunday Feeling then went on to record with some of the UKs top producers and work with highly credited video directors. The band has enjoyed high success with two singles being played across national television and radio stations, now with over 350,000 YouTube hits collectively on music videos. Other heights for the band have included being played on public prime time BBC Radio 1, interviews by BBC One in early 2011, and reaching the second round of Red Bull Bedroom Jam, in which they beat hundreds (if not thousands) of other bands to reach the final 15.

That Sunday Feeling have already toured the UK 6 times, including supporting Octane OK, Mike Fantastic, Attack!Attack! and arguably one of England’s biggest pop rock acts McFLY on their UK Arena tour in March/April 2011, playing nightly to an average of 10,000 people. In July/August, That Sunday Feeling performed a headline UK tour in 9 different cities, selling out in 5 of them.

June 2012 sees the band release its third music video which shall be broadcast across all good television channels and be showing on the highly popular ‘Bryan Stars’ YouTube channel, which has in excess of 100,000 subscribers. Following this the band are due to hit the road in July and August on their second headline tour which is hoping to be a sell out at each show.

All this and more has been done through the bands high aim to succeed and show the world what they can offer, being self managed from the start, That Sunday Feeling continue to grow a strong fan base all across the world, with no signs of stopping, the band is on their way to music stardom. 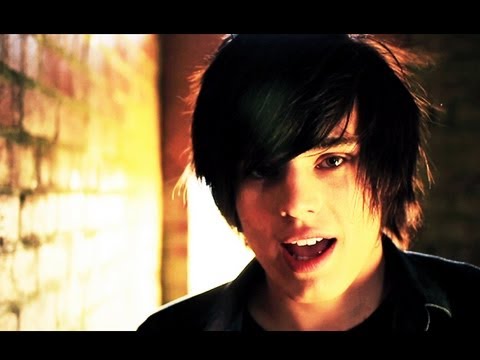 One Response to That Sunday Feeling